Traditionally, making a prototype can be somewhat expensive as the prototype-making process involves molding, assembly, and labor. In conventional machining, casting and forging processes, the material is removed from a stock item or poured into a mold and shaped by means of dies, presses, and hammers. Making a prototype is one of the most time-consuming and costly processes for developing and manufacturing products. Rapid prototyping has drastically improved this situation.

Rapid prototyping was born in the late 1980s. Rapid prototyping is a group of techniques used to build a prototype from a computer drawing by creating layers of the shape and then joining them together. The techniques that rapid prototyping involves include but are not limited to mechanical engineering, computer-aided design, layered manufacturing, materials science, computer numerical control, and laser technology. It provides a brand new way to turn a conceptual design into a prototype or final product in an automatic, visualized, faster, and accurate manner.

Rapid prototyping can be found in a lot of industries. Parts made through rapid prototyping techniques are used as mockups for cell-phones, medical devices, scientific inventions, aerospace blade models and so on. Silicone cast parts are often used for medical device testing and flexible products. Machined prototypes can be used everywhere. Additionally, you can make rapid tooling for injection molding by employing CNC machining.

When Will Rapid Prototyping Technologies Be Used?

Prototyping is an essential part of the new product development process, and rapid prototyping technologies could help to accelerate this process. More importantly, rapid prototyping can be more than that by playing a vital role for the following purposes.

By means of rapid prototyping, you can quickly make a sample of a proposed product and carry out various checks and tests - precision, heat-resistance, transparency, flexibility, chemical resistance and so on. Many potential defects can be found in the parts manufactured by rapid prototyping techniques. Granted, prototypes made by traditional molding can also work. But the high costs seldom allow the manufacturer to fine-tune the prototypes in a progressive way. Rapid prototyping makes prototyping process of a group of similar products far less expensive. The manufacturer could improve details progressively with each prototype it makes.

Compared to conventional techniques, rapid prototyping makes it relatively easy to produce patient-specific medical devices with complex geometries. It also offers good bio-compatibility, as technology uses tailor-made materials. According to the FDA, medical devices such as implants, surgical instruments, dental restorations, and external prosthetics can be made through rapid prototyping. Rapid prototyping has been increasingly visible in this domain. For those who have suffered from loss of solid organs like a tooth, part of a bone, rapid prototyping offers treatments that are much more adapted to each patient, maximizing the life quality of the patient after the transplantation. Rapid prototyping will enable the medical sector to develop further in a more customizable way.

What Benefits Can You Expect From Rapid Prototyping?

Many countries have long been a giant in terms of manufacturing while becoming a dwarf in terms of industrial design. These countries, with underdeveloped design capabilities, are struggling with figuring out what can be manufactured and what cannot be manufactured. They do not have the original design concepts for products that are widely popular on the market. What they can do is to follow behind countries with strong design capabilities by copycatting. By developing rapid prototyping technologies, they could focus their attention on the high value-added industrial design process as the manufacturability of their concepts can be easily evaluated with rapid prototyping technologies.

What Is the Process of Rapid Prototyping?
1
1
Generation of a 3D printable model
1
1
Conversion to an STL file
1
1
Processing by rapid prototyping machine

The first step of this rapid prototyping process is to create a 3D printable model with CAD software. It can be generated either by a 3D scanner, a plain digital camera or photogrammetry software. 3D printed models created by CAD software is preferred owning to reduced errors which, if any, can be corrected before printing. The process of 3D scanning collects digital data on the shape and appearance of a real object and creates a digital model based on it.

2. Conversion to an STL file

3D printable models created by CAD software are then supposed to be saved as a stereolithography file format (STL) which stores data based on triangulations of the surface of CAD models. STL is not an ideal format for additive layer manufacturing because it generates large file sizes. A newer CAD file format, the Additive Manufacturing File Format (AMF), has been introduced in 2011 to solve this problem and accelerated the rapid prototyping process.

Have a Glance at Different Rapid Prototyping Technologies 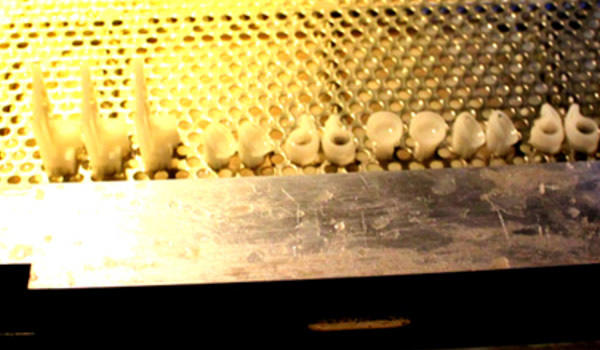 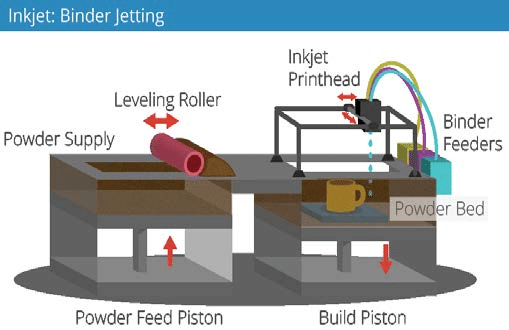 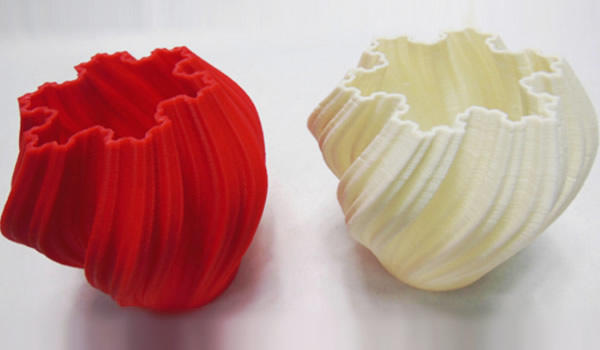 During the fabrication process, the filaments are fed to an extrusion nozzle unwounded from a coil. This nozzle is heated to melt the filament which is then extruded on to a build tray forming a slice of the 3D object as cools and hardens. Next, the build tray is lowered or the extrusion nozzle is raised, by a thickness of an extruded layer, for the next slice layer to be extruded on top of the previous layer. As the extruded thermoplastic cools, it also binds to the previous layer. This continues until all the slices are printed to finally form the full 3D object. After the rapid prototyping process, the support build material is typically dissolved by water if water-soluble wax was used or broken off if it was used. 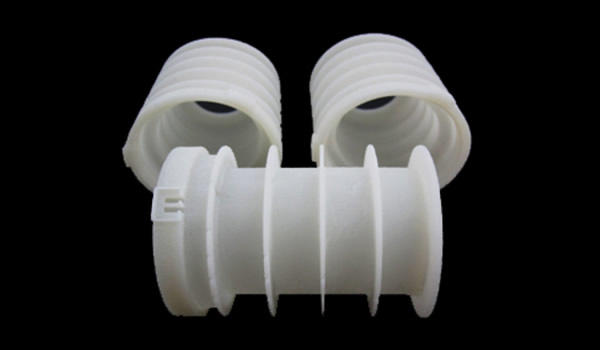