Dr. Rudi, a senior designer from Jordan , has worked in Shen Zhen for five years. Two years ago, he found us through International Alibaba, and required us to make a reduced scale prototype according his 3d drawing. The prototype was based on a three-wheel vehicle which is hardly be seen in China, but is popular in United Kingdom. We started to proceed after his deposit received, and an unexpected thing was happened on the halfway.

Dr. Rudi's company had sunk into financial crisis when we almost completed his prototype. Dr. Rudi was too exhausted to care the prototype. We left it staying in the sample display case after finished it. Although there were many other customers wanted to buy it, we refused.

Half a month ago, Dr.Rudi called us and said that he had already solved all the problems, and hoped to take his prototype. He was very excited when we told him the prototype was finished and be took care of well. He said "You are very appreciated, I don't expect you still keep the prototype for so long time, I regard it as my child" . 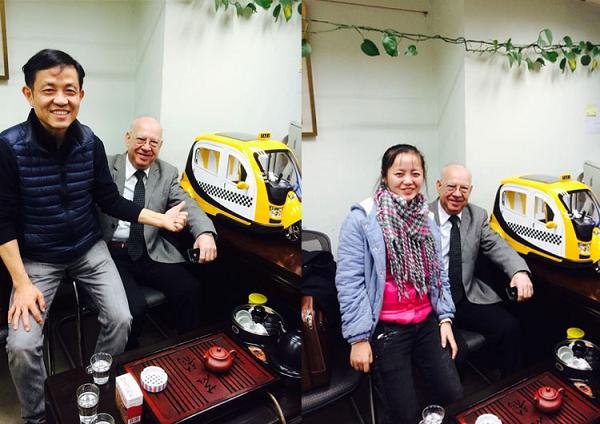 Dr.Rudi praised our habit of keeping the promise. When he got his “child” he told us if  need to make prototype next time, he would choose Tuowei again no hesitate.