Guangdong prototype company which is of good quality

Guangdong prototype company which is of good quality

As the prototype is used as exhibitors. Many companies will pay more attention to quality. If the appearance of prototype does not look good at the time of exhibition, not only can not play the role of publicity, but will affect the company's image. To find a good quality prototype company, the prototype is particularly important.

In the case of Guangdong region is close to Taiwan and Hong Kong.The  Prototype industry started earlier. Prototype production technology is more mature, so that  many other regions need to do business prototype. Then they will select Guangdong prototype company. But the problem has arrived. Guangdong has so many prototype company. In the end, they will  choose  which one is better?

Shenzhen Tuowei model is a hand prototype oriented prototype factory in Guangdong. From 2002 to the present they  never cut corners. Their insist on doing the product seriously, from drawing design to processing production. Each are linked by the general manager and  personally supervised. Up to now, Tuowei model has developed into the one of the Guangdong's large prototype Mills. With 55 large CNC machining centers and more than 160 employees. They also hired US CTO as technical director, because of the advanced painting technology. More importantly Tuowei model has introduced advanced equipment every year. A few days ago, Tuowei model introduced a three-dimensional measurement equipment. 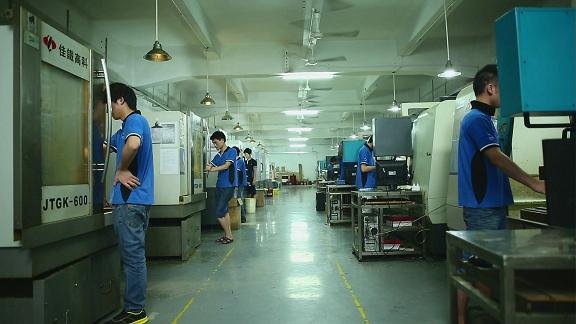 For the prototype of facttory, the prototype quality of the company is the survival of country. Now a days there is no quality. In the enterprises eyes of the customers, so they lost their trust in the market and will lose their status.Employees also lose their survival of the development space, and in turn the good quality is actually created with the efforts of every employee.