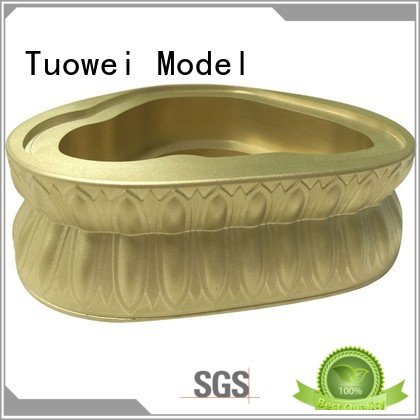 Shenzhen Tuowei Model Technologies Co., Ltd. provides one package service of , including R&D, manufacturing, and supplying. We are recognized for our manufacturing capacity.
Inquire Online
Get the latest price
Quantity Needed：
Pieces
E-mail：
Application Scope
The 3d prototyping of Tuowei is applicable to the following areas.Tuowei provides comprehensive and reasonable solutions based on customer's specific situations and needs.
Enterprise Strength
Company Advantages
1. Using such design, the goal for  is achieved while meeting the requirements on .
2. Compared with normal prototype metal parts , has more obvious advantages.
3. Shenzhen Tuowei Model Technologies Co., Ltd. has a professional design service system.
It is common that Steel Stainless Rapid Prototype and Aluminum Rapid Prototype are used widely among all the Metal Rapid Prototypes. Except that, Brass Rapid Prototype are also used frequently. Generally speaking, if you want to make prototype in Golden color , it is a good choice to make it with Copper/Brass, because of its own color and properties, you can save the process cost of painting and make your prototype looks luxury and upscale.