Rubber is formed by Injection Modeling of Plastic. many people called them "RUBBER" as...
Inquire Online
Get the latest price
Quantity Needed：
Pieces
E-mail：
Application Scope
Tuowei's cnc prototyping can be used in multiple industries and fields.Tuowei is committed to producing quality rapid prototyping and providing comprehensive and reasonable solutions for customers.
Product Details
Want to know more product information? We will provide you with detailed pictures and detailed content of rapid prototyping in the following section for your reference.Tuowei pays great attention to integrity and business reputation. We strictly control the quality and production cost in the production. All these guarantee rapid prototyping to be quality-reliable and price-favorable.
Company Advantages
1. Tuowei packs in more cushioning materials than a standard mattress and is tucked underneath the organic cotton cover for a clean look.
2. Good environment of production zone and workshop is one of the conditions for improving its quality.
3. The high customer satisfication can not be achieved without the efforts of Tuowei's staff.
4. As long as there is any damage for vacuum casting prototype suppliers during transportation, we will take the responsibility.

Rubber is formed by Injection Modeling of Plastic. many people called them "RUBBER" as it fell soft under the normal temperature and no need to be vulcanized. In general plastic industry, The low proportion with low hardness materials called "Rubber". The advantage is anti- high temperature and strong elastic. Widely used in electronic, spin, auto-mobile and machining.

Based on the above advantage, Many clients need to make prototype by Rubber, when they developed new product they want to use the same feature of the real product instead of other material. Because the test will be more accurate. Now we will introduce a rubber keypress prototyping which we had made in the past successfully.

This rubber keypress prototyping was made by Vacuum casting which included 3 steps.

1. To create a Master

Before vacuum casting we need to make some masters. The master often use ABS material and made by CNC machined.

After master prepared, we will make silicone mold by the master unit. After 8 hours to dry-up to cut off the mould and take out the master. Then the mould is ready.

3. To do the Vacuum Casting

(2) Using wooden plate to fix the master which is prepared for the modeling. 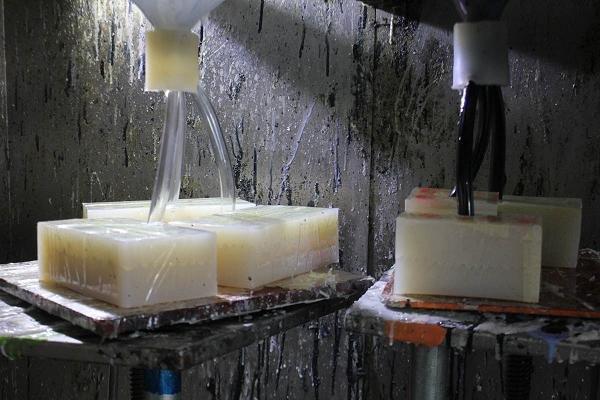 (4) Take the mould into oven to accelerate the solidification. 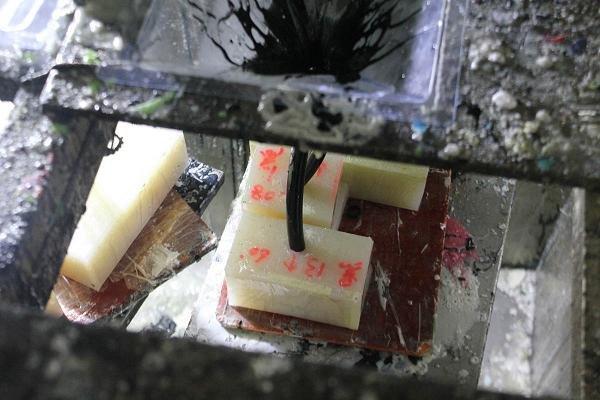 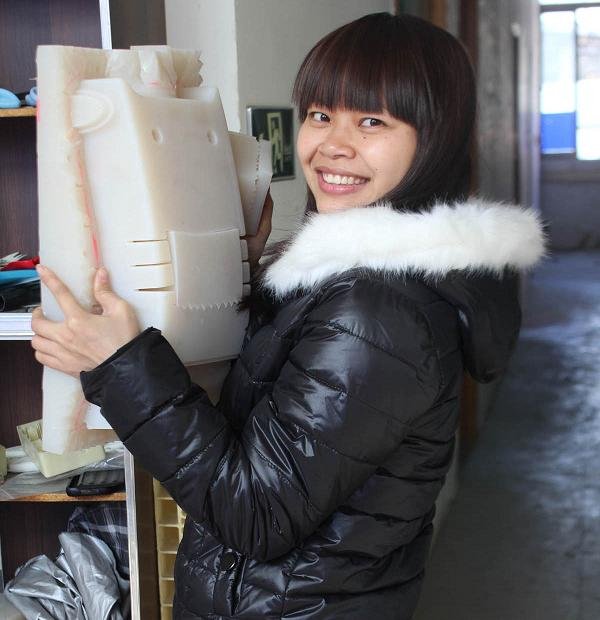 (6) according to the material of the prototype, put into the correct liquid to copy.

To make rubber keypress prototyping, we do realized that we can make it in a short time from the drawing transfer into real product. you can make a correct overall evaluation before create a molding by the prototyping service which can minimize the risk of the product before launch to the market. In the process of new product development and updated of product, prototype is an important and essential key.