In the late July, Diana who was working for an American company, LH Labs, found Tuowei via international Alibaba and asked whether we could make high quality loudspeaker prototype. Because their prototypes is up for sale directly in the American market so they are very strict with surface finishing of prototype. After checking her 3d drawing, we responded that we had plentiful experiences in making loudspeaker prototype and could do it well. Diana promised that she would observe our company in Augest.

On Aug. 1st 2015, Diana came to Shenzhen from America and visited other several prototyping manufactories at first, she went to our company until Aug. 3rd. We brought her to visit our workshop, we have 38 sets large-size CNC machining centers and programming, CNC machining, handcraft, painting, printing whole rapid prototype solution. There are almost 100 employees in total in our company. Diana was very satisfied with Tuowei and told us the other factories she had obseverd had long way to go than Tuowei.

Next, Owen, the CEO of Tuowei, has 14 years experience in rapid prototype, majored in mold when he was in college. He analysed the feasibility of the project with Diana. Owen explained every details of this prototype making to Diana, after an hour’s meeting, Diana approved us very much and decided to issue the deal with us. The following picture is Diana was shaking with Owen. 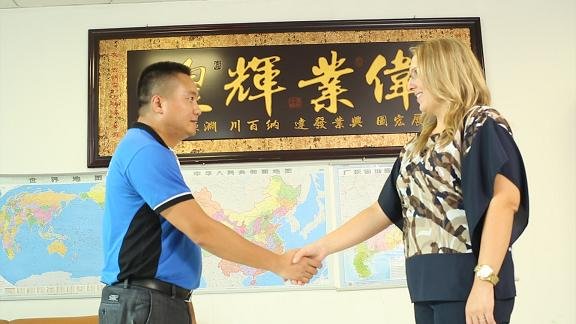 It was very well-off to take the deal, Diana eagerly asked to take a photo with us for thanks our professional service. I believed we could complete the high-end loudspeaker prototype very well, also wish LH Labs have a boom business for ever. 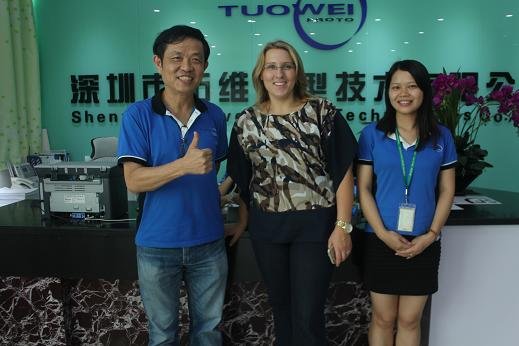